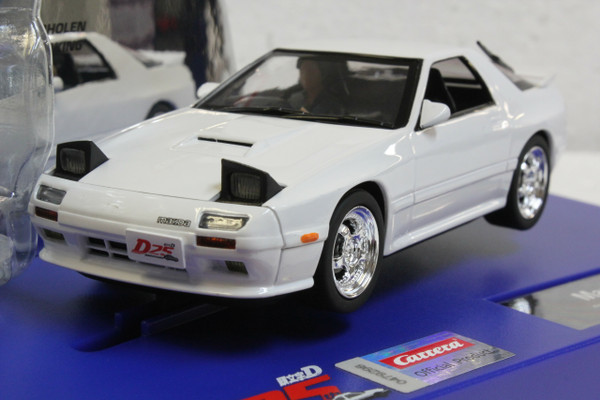 Initial D is a Japanese manga created in 1995. Later it was adapted into an anime series and later a movie with real characters was shot. The Japanese underground street races and drift action are logically the plot and the cars its main protagonists. The Austrian brand Carrera also has made a special edition, on the occasion of the 25th Anniversary of the creation of Initial D, for the Asian market.

The car is a 1990 Mazda SAVANNA RX-7 ∞ III, chassis code FC3S. It is painted in Crystal White, which is how it gained its nickname "the White Comet of Akagi".

The Mazda SAVANNA RX-7 ∞ III (FC3S) is part of the second generation of the Mazda RX-7. It is often known by its chassis code "FC3S", or simply as the FC.