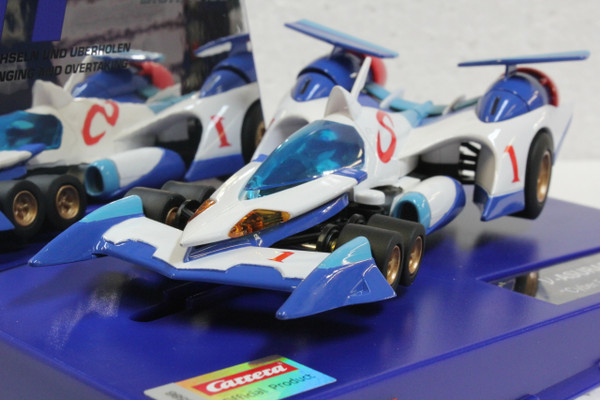 Future GPX Cyber Formula (新世紀GPXサイバーフォーミュラ, Fyūchā Guranpuri Saibā Fōmyura) is a 37-episode anime television series by Sunrise (Hajime Yatate), about racing in the future, where race cars are equipped with computer support systems called 'Cyber Systems'. It originally aired in Japan between March 15 and December 20, 1991. The TV series was later followed by four OVA series respectively titled: Double One, Zero, Saga, and Sin, and it was adapted into multiple games.

The Austrian brand Carrera also has made a special edition for the Asian market.