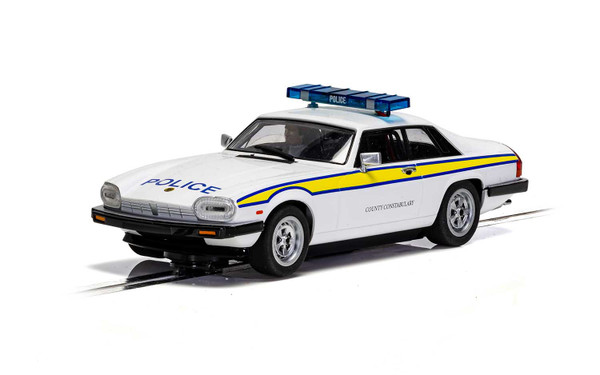 Despite its somewhat limited load carrying ability, a number of different Police forces used the XJS for brief amounts of time in trails to test its effectiveness as a motorway patrol vehicle. One such police force was Warwickshire Constabulary who trialed this particular machine on the M6 during the early 1980s. However, it was not a machine they then used operationally after this time!

However, the XJS with its police lights and powerful V12 would have been a real match for any would be crook or speeder on the motorway, and the same is certainly true on the Scalextric track!