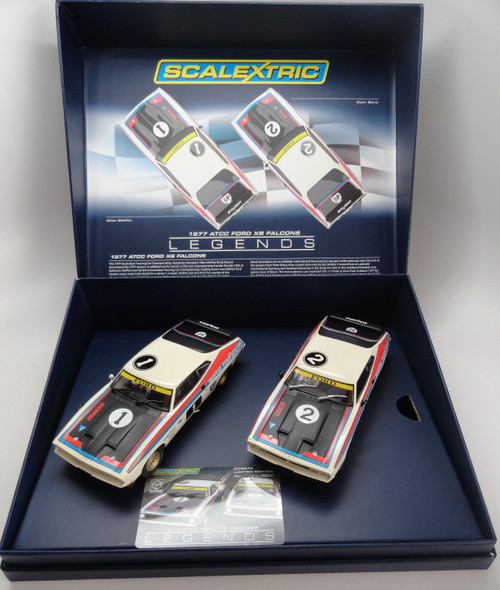 The 1977 Australian Touring Car Championship. Reigning champion Allan Moffat (Ford Falcon) dominated the 1977 season. In addition to his victory in the non-championship Hardie-Ferodo 1000 at Bathurst, Moffat won his third Australian Touring Car Championship, leading home new Moffat Ford Dealers team mate Colin Bond for a series 1-2 result. Moffat won the first five rounds of the championship, won a total of seven out of the eleven rounds and won the title by 32 points.

These two Scalextric cars represent the 1-2 finish at Oran Park in March 1977 for the Moffat Ford Dealers team in their XB Falcons before moving on to the XC Falcons in the latter half of 1977.